Stop Me Before I Hoard Again! 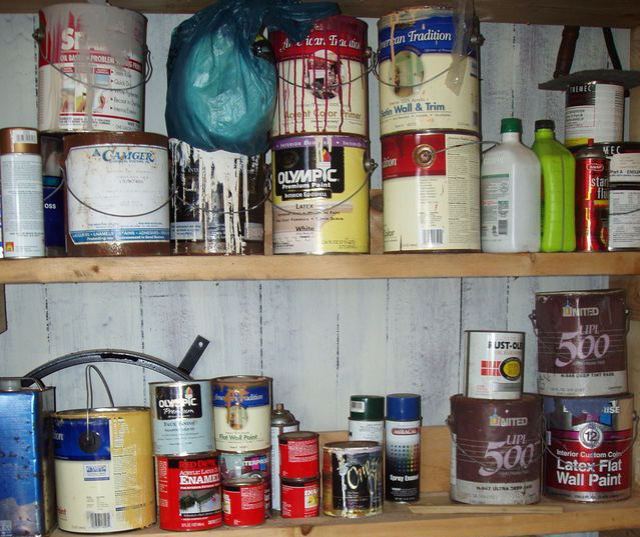 I knew we were in trouble when I found my deceased father-in-law’s leg under the bed in the guest room.

They say that you can’t begin to rehabilitate yourself until you admit that you have a problem, so I’ll bare my soul to the world and admit it publicly: I am a hoarder.

Even worse, I am married to another hoarder. Someday you will see a report about us on the 6 o’clock news after the police find our decayed remains buried beneath a fallen stack of old magazines.

But we’re trying to mend our ways. Which brings us to how I found my father-in-law’s leg.

I recently spent one whole Saturday morning cleaning out the guest room. There were a lot of valuable items that I just had to force myself to pitch because we needed the space.

Obviously, I have had this hoarding problem for a long time.

But when I found my father-in-law’s leg, I knew we needed serious therapy.

My father-in-law died in 2006. My wife was the executrix of his estate. For a while we had numerous boxes of his personal belongings stored in our guest room while the estate was being settled. That is how we ended up with the prosthetic leg that he wore for the last few years of his life.

I had forgotten all about the thing, until I found it while I was cleaning.

ME: Peggy, I just found your dad’s leg under the bed!

HER: I wondered where that had gotten off to.

ME: Why in the world are we saving this?

HER: Somebody else might be able to use it.

ME: If I ever need a prosthetic leg, I prefer to have mine custom made.

HER: Oh, quit whining. I think there’s some organization that takes them and re-fits them for people.

ME: This leg has been here for ten years! Some poor guy is hobbling around downtown right now on a crutch, waiting for someone to donate a leg for him.

HER: Okay, okay, I’ll find the place and get rid of it.

ME: Fine! But let’s get it out of the house. I’m putting it in the trunk of the car so you will have it with you whenever you decide to drop it off.

When two hoarders live under the same roof, things can get pretty testy anytime one hoarder wants to get rid of something that the other hoarder is hoarding.

After my most recent heart attack I decided I needed to clean out the garage and tool shed so that, in the event of my untimely demise, my children wouldn’t have to spend several weekends cursing my memory as they cleaned up my life-long accumulation of junk.

So last month I stifled my inner-hoarder and made myself throw away a dumpster-load of odds and ends that I had saved for years on the off chance that someday one of them might be useful.

It was quite liberating! I felt like I was freeing myself from the shackles of my past.

Perhaps there was hope for us. Perhaps Peggy and I could begin a new life; a life free from the compulsion to save so much stuff “just in case” we might need it someday.

I was feeling pretty special as I packed up several paper sacks with old newspapers to take to the recycling bin. That is, until I popped open the trunk and saw my father-in-law’s leg, laying right where I had left it 5 months before.

I help small business owners produce email promotions, newsletters, and websites. Save yourself time, money, and aggravation. Get results with affordable local marketing tailored to your needs. Visit http://www.oceanbreezecopy.com for more info.
View all posts by David Smith →
This entry was posted in Humor. Bookmark the permalink.

1 Response to Stop Me Before I Hoard Again!

This site uses Akismet to reduce spam. Learn how your comment data is processed.